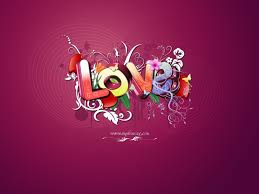 There is a legend however, that tells of a St Valentine who was persecuted for being Christian. When being interrogated by Roman Emperor Claudius II, the Emperor tried to convert St. Valentine to paganism in order to save his life, but Valentine refused and tried to convert Claudius to Christianity instead. For this he was executed, but before he was executed he preformed a miracle by healing the daughter of the jailer, who was blind. In the romantic version that was given to history.com by American Greetings, the night before Valentine was to be executed he wrote a letter to his “beloved”, believed to be the daughter of the jailer, and signed the letter “From your Valentine”. Nice story, but there is no historical proof that this actually happened.

Before 1797 there were a limited number of Valentine’s Day cards being printed called “mechanical valentines”. After 1797, a British publisher issued the Young Man’s Valentine Writer, which contained a mass amount of suggested sentimental verses for those who were unable to compose their own. Because of the reduction in postal rates, it became easier for people to send anonymous Valentines day cards to each other. So, by the 19 century paper Valentines Day cards became so popular in England that they started to be produced in mass, by factories. The United States started mass producing them shortly after 1847 by Esther Howland, whose father owned a large book and stationary store. She was inspired by an English Valentine she received from a business associate of her father’s.

So you see, here we are in 2012 looking forward to Valentine’s Day so we can receive our bouquet of flowers, box of chocolates and a heart shaped pendant, all in the name of love. It’s a day of proposals, first dates, date nights and weddings. All because of a romantic story perpetrated by a card company as a marketing strategy to sell more cards. What are we to make of this? Look, I am all about love and romance and I am all for giving our loved ones romantic gifts and cards, but why are we doing it the name of a saint who doesn’t even exist, because of a story that has no proof? Why do we need a specific day to honor our loved ones? Why can’t we make everyday a day that we cherish our loved ones and make them feel special?

We have become so commercialized nowadays that we don’t know real from fake, truth from false or fact from fiction. Our economy is the way it is today because of people trying to live a fake life, by living above their means. We have become a society obsessed with the need for things, judging ourselves by our looks and comparing ourselves to what others hold in high regard. Now is the time to get real! Lets get real about our finances, our relationships and our lives. Lets get our heads out of the sand and live our lives as authentic, real and truthful human beings, loving each other everyday, flaws and all and not just on one particular day set aside for love.