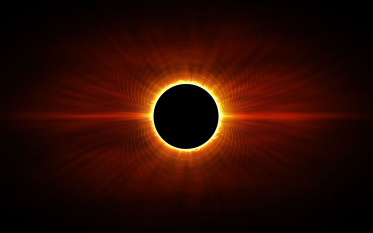 Sunday, February 26th, 2017 will be the last of a series of eclipses in Pisces, 12th house which represents the both the womb and the tomb.  There will also be seven points now in the sign of the Fishes (Sun, Moon, Mercury, Neptune, Chiron, Pallas, and the South Node), this chart reads like a collection baptism. This is further accentuated by the Solar Eclipse.

Although we here in the USA will not witness the totality of the eclipse, it’s affects will be felt all over the earth.  To view this spectacular event, you will need to either be at the southernmost tip of South Africa or in Coyhaique, Chile.  Of course, surrounding areas will get a view of a partial eclipse these will be the areas that will get a full shadow for approximately 30 seconds.

So, what does that mean for the rest of us?  Life goes on I suppose, but how will we feel?  A Solar Eclipse is when the Moon moves into the line of site between the Earth and the Sun therefore; leaving us in the dark, or blinded.  But don’t worry, learning to rely on the intuitive nature of the Pisces Moon is what this is all about.  Allow the remaining senses to come alive and show you the way!

The Eclipse begin at 9:38am moving through the South Pacific Ocean towards South America it will start by smelling the fresh air, salty and pure and will remind you to breathe.  Take time to stop what you are doing, be still, close your eyes and breathe deep. In through the nose; take notice of the smells around you and concentrate. Take it in, put it to memory and then let it go.

Just moments later the Eclipse will be exploring South America entering Chile at 10:38 am and if you have ever been to South America you know that the textures, smells, and most of all tastes are out of this world.  This is the time to truly pay attention to your food.  What you put in your body is extremely important, but today it is about tasting. Really taste all the flavors and spices that make what you are eating so special.  Do not waste this moment by thinking of other things and please do not rush your meals today.  Be thankful, savor, chew slowly and swallow. Take it in, put it to memory and then let it go.

The Eclipse will then set out on the journey across the South Atlantic Ocean where you will feel a sense of calmness knowing you are learning to be quiet, to be still and to listen.  Listen to the ocean waves crash against the shore.  Hear the trees blowing in the wind and monkeys making their way to find food.  As the Eclipse moves further from land you can hear the sea birds as they soar through the sky freely and sea creatures leaping and splashing through the water.  Be aware of the sounds around you, embrace how they make you feel and identify the energy (mood) as these sounds carry you through an experience.  Try and listen for the most tiniest of sounds. Take it in, put it to memory and then let it go.

Finally, as the Eclipse makes landfall in the southern tip of South Africa igniting your sense of touch. Feeling the sand on your feet, the textures of the earth, and smoothness of the stones.  Take notice to what you are touching.  Is it smooth? Do you like it? Is it dangerous? Feel the color, the mood, and the energy. Take it in, put it to memory and then let it go.

This starts the beginning stages of bringing objects to site. Begin to sense objects around you, the closeness of other people and an awareness of energy. When the Eclipse moves back into the ocean you are once again able to open your eyes and see.  At last your site will be restored, but this time, with a new sense of being and more aware of all your other senses.

From the “Womb to the Tomb” carrying you from the darkness into the light.