Fairphone is a social enterprise that is building a movement for fairer electronics!

Creating new relationships between people and their products.

Making a positive impact across the value chain in mining, design, manufacturing and life cycle. 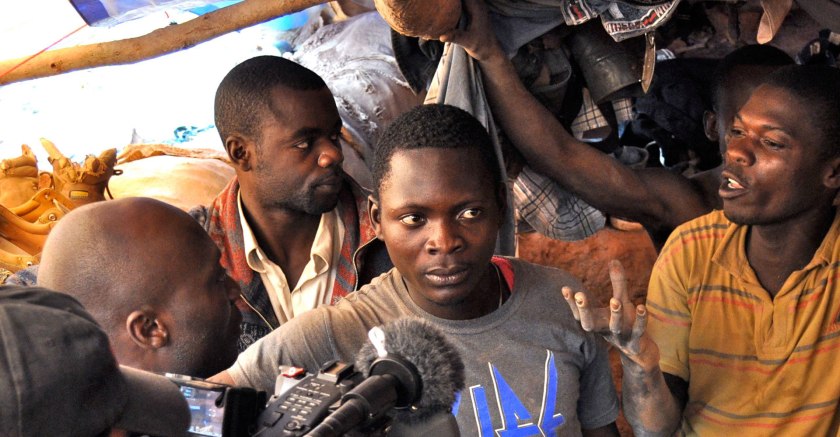 A better phone is a phone made better

Our phones hold a complex story of the hundreds of people who helped make it. We want to open up that story, so we can make a positive impact in how phones are made, used and recycled. Change doesn’t happen overnight. But together with our community, we’re building a movement to show the demand for fair products.

On February 28, 2017, at Mobile World Congress, Fairphone held a press conference focused on using innovation in the electronics sector to drive social and environmental progress. New information revealed at this exclusive event included:

Every year Mobile World Congress showcases the latest innovations in the mobile industry. But until now, innovation has generally been equated with technological advances. At this year’s MWC, Fairphone looked beyond technology to explore how innovation could have a wider-reaching impact and guide the electronics industry towards more social and sustainable practices.

Social and environmental values are at the core of Fairphone’s business, and the company has been working to change the industry from the inside out since it was founded four years ago. Among other innovations, Fairphone was the first to bring a modular, repairable smartphone to the market. But does modularity really reduce environmental impact? And do consumers actually want these kinds of products?

During the press conference, Fairphone explored these questions and more with experts from iFixit and Fraunhofer-Gesellschaft, and reached some thought-provoking conclusions.

Over the past year, Fairphone has expanded their investigation of the entire lifecycle of smartphones, paying special attention to the potential impact of modularity in terms of production, use and recycling. Read more on Fairphone’s report on recyclability. During the panel discussion, Fairphone representatives and partners shared their insights and offered evidence that modular design may help reduce the environmental impact of consumer electronics.

When it comes to making our phone, we’re doing things a little differently.

We aim to create positive social and environmental impact from the beginning to the end of a phone’s life cycle.

To start, Fairphone shared results from its recyclability study, which was released during the event. While recycling is often viewed as a reasonable solution for sustainability, the study showed that the truth is far more nuanced, and that recycling comes with its own environmental costs.

We care about what we’re putting in our phones. That’s why we’re tracing where our phone’s parts come from and creating demand for materials that are good for people and planet.

With this in mind, the study examined possible recycling scenarios for the Fairphone 2. The goal was to determine the best approach in terms of material recovery rates. Monique Lempers, Commercial & Value Chain Director at Fairphone remarked,

“Based on currently available recycling methods, the study showed that disassembling the phone before recycling would lead to the greatest amount of recovered materials. Modularity makes our phones easier to disassemble, but the best-case scenario still only recovers around one third of the original materials.”

To Fairphone, the limitations of today’s recycling industry reinforce the importance of creating long-lasting products. Fairphone’s recent Life Cycle Assessment, completed by the Fraunhofer-Gesellschaft, confirms the environmental advantages of this approach. It found that five years of use based a repair scenario would reduce the Global Warming Potential (GWP or CO2 emissions) by about 30%. Karsten Schischke, Senior Researcher at the Fraunhofer IZM explained,

“The highest environmental impact stems from the phone’s production phase, especially the printed circuit boards and semiconductors. Comparatively, the battery, display and back cover have a rather low impact. Fairphone’s modularity makes it easy to replace these parts and keep the phone working. But user behavior is key – in order to reduce over all impact, they have to make the effort to complete the repairs instead of replacing the entire device.”

Fairphone recognizes this limitation, which is why fast, easy repair is at the core of their design approach. Repair experts iFixit awarded the Fairphone 2 with a perfect 10 out of 10 for repairability. Matthias Huisken, Director at iFixit Europe:

“This is the first and only smartphone to receive a perfect score from us, and the modular design is a major factor. It was very impressive to be able to replace the display in seconds without any tools.”

Fairphone owners have also proven how easy the phone is to fix, with an estimated 95% success rate for DIY repairs. Android 6 for Fairphone 2 available soon.

The event also highlighted a few of Fairphone’s product plans for the year ahead. In line with their effort to extend the lifespan of the Fairphone 2, the company is currently focused on a software upgrade: Android 6 will be available for the Fairphone 2 in the coming weeks.

Fairphone is also supporting longevity from the hardware side. Following the introduction of new cases at the end of last year, the company unveiled plans to start offering module upgrades for both the rear and front-facing cameras in the coming months.

The event concluded by addressing consumer demand for the emerging category of fair electronics. Based on total sales of 125,000 phones, plus partnerships with major industry players such as T-Mobile Austria, Swisscom, KPN, Mobiel.nl, 1&1 and mobilcom-debitel, Fairphone believes that there is an obvious market for consumer devices made with greater care for people and the environment. While the company initially focused on direct consumer sales through its online shop, its recent business-to-business efforts are also gaining traction throughout Europe, including Spain. Just recently the City of Barcelona confirmed that it will include the Fairphone 2 in its mobile portfolio for senior-level executives.

In the coming year, Fairphone will continue to focus on scaling up their business with the aim of increasing their social and environmental impact and expanding their leverage with suppliers.

Thank you for your interest!